The Untold Story of Creativity and Perseverance!

The journey of Bharat Tiles started in 1922 when the independence struggle was spreading like wildfire. Jamshed Mehta, a colleague of Mahatma Gandhi spoke about achieving economic freedom which inspired Pherozesha Sidhwa to start a tile manufacturing company, along with his nephew Rustom Sidhwa. They worked hard together and started the “SWADESHI MOVEMENT”.

When the Bharat Flooring tile company first started in 1922, in Uran, there was no electricity, water or telephone service. The journey was not as easy as you think, there came hardships but with the strength and belief of developing Indian nationalism, the voyage continued.

The Sidhwa family owned large sheds at Uran, to manufacture liquor from mogra and rose flowers, oranges and other fruits. Since the sheds lay idle after the British introduced prohibition, the tiles were produced in those sheds and travelled from there to all parts of India. 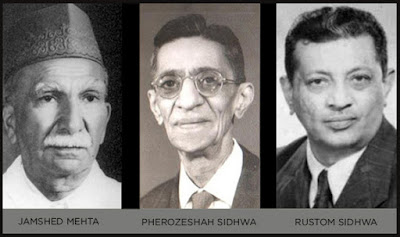 1923 - Our First Client – Sir Cowasji Jehangir:
In 1923, Pherozesha was dissatisfied with a batch of tiles, because according to him it was not up to the mark. He was, after all a perfectionist! He travelled to Europe for further research about the tiles, and he was told the tiles were perfect, only the polishing was not! These tiles were produced for his first client Sir Cowasji Jehangir and were to be laid in the New Ready money Mansion (Flora Fountain/Hutatma Chowk), Mumbai. The new batch is still found in parts of this building even after 93 years! 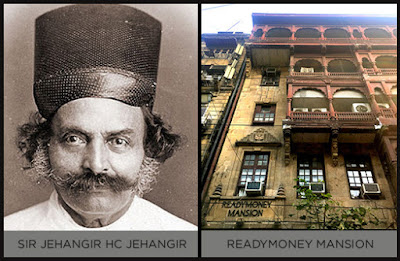 The Classic and Historic - Raj Era:
The history of the Raj era during the 1923 – 1935 phase is referred to as the period of British rule. Being the first producer of cement tiles in Mumbai, Bharat Tiles was a part of esteemed projects. BFT was an obvious choice since they were cheaper and more long-lasting than imported tiles. Many princely residences were tiled by the Bharat Tiles Company. Umaid Bhavan Palace retains them still and many others. 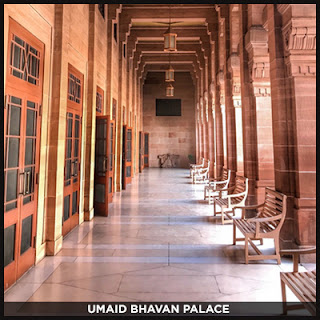 Art Deco, the period of Modernisation arrives:
In the decade of 1930 - 1940, Hollywood entered the country and Bombay saw a number of new cinema houses – Metro, Eros, Excelsior, Broadway, Capitol, and Roxy -all tiled by Bharat Floorings.
Those years saw the birth of the Art Deco phase of architecture for which Mumbai has received global recognition. Almost every building in the Art Deco period had Bharat Tiles.

The beginning of World War II:
In 1940, World War II struck! The cement provided to Bharat floorings to make tiles was now taken for defence purposes! Because of the unavailability of cement and raw material, Bharat decided to shut down. The owners of Bharat Tiles, then struck a deal with two stranded Czechs to start India’s first grinding wheel company, (Grindwell Abrasives now Grindwell Norton) operating from the Uran factory. After the war, when cement was once again available, Bharat restarted its tile manufacturing company.

The birth of Premium Terrazzo Era:
In 1950- 1970, Terrazzo tiles came into existence, featuring the richest colours and the whitest chips money could buy. The Victorian and Edwardian decorative tiles went out and the elegant Bharat responded with Premium Terrazzo Tiles, made of the whitest stone chips, as well as chips of the best Italian and Indian marble, providing cool, the beautiful Terrazzo or mosaic floors that are cherished even today throughout India. Not only do we have indoor beauties but also the outdoor, rough and tough range i.e the Stilan pattern. 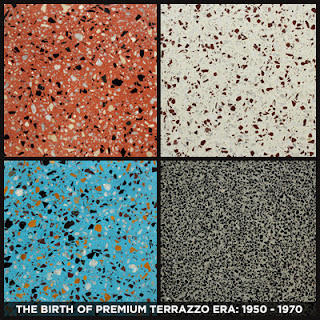 STILAN®- A Heavy Duty:
In the 1960s, Bharat Floorings and Tiles started making heavy duty, non-slip tiles under the registered trademark - STILAN® for use in factories, warehouses, driveways and pavements. Today, Bharat’s STILAN® tiles are used on many Central and Western Railway platforms as well as the Mumbai Metro, high-end malls and many industrial areas. STILAN® Non-Slip Tiles are also used by the most prestigious and elegant buildings in India. The tiles look bold and are definitely long-lasting!

The Heritage Renaissance:
And then in 1999, dusting off its original moulds from the 1920s, Bharat Floorings & Tiles revived its original processes to once again make the beautiful floor art that had once marked India’s most cherished buildings. Rediscovering its original moulds and catalogues, Bharat’s Heritage™ range was re-launched at a special exhibition - The Kala Ghoda Festival in 1999!! 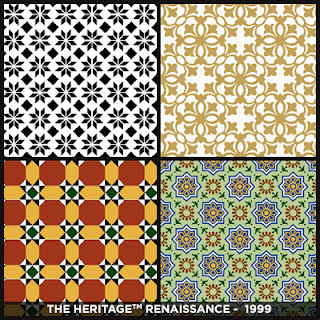 Reviving ‘In Situ’ Floors:
The introduction of new collections never really ended. In 2010, the mesmerizing Cast- In- Situ floorings which came into existence. This type of flooring consists of marble, quartz, granite, glass or other suitable chips; sprinkled or unsprinkled, and poured with a binder that is cementations, chemical or a combination of both. They have been laid in many iconic restoration projects and make the space look beautiful.

Recreating beauty with award-winning projects:
The restoration of The Royal Bombay Yacht Club, in 2013 made Bharat flooring a part of one more UNESCO award. Thanks to architect Mr Vikas Dilawari for such a wonderful opportunity. Elle Décor also honoured BFT with the EDIDA Award for its work on flooring used in the Library House at Bangalore done by the architectural firm the Khosla Associates.
Along with the classic Heritage tiles, we have an artistic range, full of creativity known as the BFT+ range!

The designer collaboration - BFT+ Range:
In 2014, the BFT+ range was introduced where young and visionary designers created exciting contemporary floor art. An idea with modern sensibilities depicted through colours and lines! In the light of our drive and inspiration, we bring you BFT+, our collaboration with the best in the business to create stunning works of. At BFT, every Floor Tells A New Story! 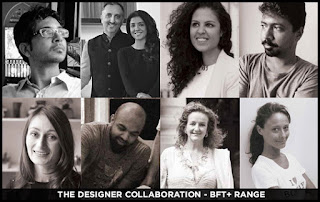 Creativity Galore:
As we mentioned earlier, creativity at Bharat floorings is an ongoing process. In 2015, Bharat introduced a new range, the attractive 3D pattern and Micro topping application which can turn any space into a vibrant and beautifully designed area. They come in various colours and combinations to go along with the interiors of the space!

Travelling back to our roots:
Inspired by our country's diversity, heritage, cultures and our art, in 2017, BFT launched the Made In India range. Embodying this characteristic, and in keeping in mind the speciality of each state we introduced this series. Whether it’s the tribal Gond range from Madhya Pradesh, or the majestic Jharokha from Rajasthan, each forte has been entwined into designs to stand for what truly represents India i.e. UNITY IN DIVERSITY! 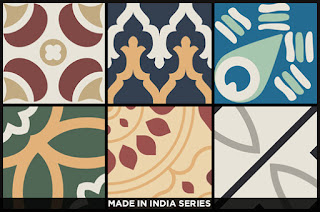 “Bharat Floorings and Tiles” was founded more than 90 years ago in 1922, and since then it has been an exhilarating roller coaster ride. Bharat Floorings and Tiles is one of the most favoured names amongst architects and designers owing to the quality of work delivered and our commitment to excellence and a great customer service experience. The journey of creativity never ends at Bharat Floorings. As Mary Lou Cook said, ‘Creativity is inventing, experimenting, growing, taking risks, breaking rules, making mistakes, and having fun.’

We’re in it for the long haul so stay tuned for many more exciting new collaborations, collections and more at Bharat Floorings! Follow our brand story on Instagram, Facebook, Twitter, LinkedIn and YouTube to know more.
Posted by Bharat Floorings and Tiles at 04:46