India is a land of rituals, traditions and festivals. Festivals, specially, are celebrated on a remarkable scale here. The extravaganza during Diwali, the burning down of Ravan during Dushera as a metaphor for rising against evil, the midnight mass followed by a massive feast during Christmas, and more. One such notable festival is Holi. Holi is observed to celebrate the victory of good over evil by lighting and paying respects to a bonfire on the previous night and is followed by a game of splashing water and throwing colours on each other in a sporting manner to strengthen the bond within communities. Holi is, thus, famously referred as the festival of colours. Now that Holi is just around the corner, we decided to celebrate colours in our own humble way. 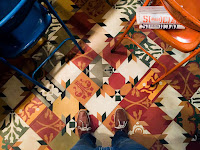 The cheery medley of Heritage™ tiles is a combination of various patterns from the collection placed randomly alongside each other. As one might imagine a chaotic design taking shape, it actually allures you with an enigmatic charm. The random patterns with random colours have become one of the trademark flooring options by Bharat Floorings over time.

The cheery medley of Heritage™ tiles is a combination of various patterns from the Bloom, Cubist, Geometrique, Graphic, Heirloom and Grande collections, used all together or in certain selections. 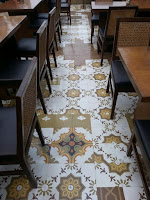 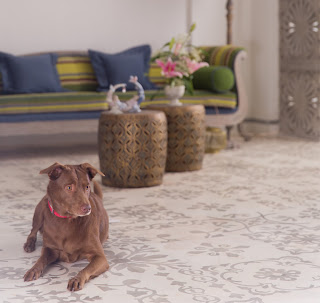 The combination of Heritage™ tiles has been installed at numerous places in some of the major cities across the country. A contemporary style of flooring, the combination of Heritage™ tiles can be found in restaurants like Colaba Social, Chai Nashta and the Bar Stock Exchange, Pizza Metro Pizza, TMC – The Music Café, Nehru Social and Soda Bottle Openerwala amongst others. Design houses like the Idea Spice Design Studio have the cheery medley of Heritage™ tiles to provoke creativity. Not only this, but the random pattern has also grown popular amongst designers who recommend them for residential spaces too.

So even if your chances of stumbling upon these beautiful floors during Holi are many, celebrate colours and combinations with us anytime of the year with our collection of Heritage™ tiles.

Posted by Bharat Floorings and Tiles at 00:48