Japanese culture has greatly evolved with influences from Asia, Europe and North America. Is it ironic that at the same time the contemporary world has taken inspiration from ancient Japanese art techniques? Crafting techniques for ceramics and textiles have caught the attention of many art lovers and designers across the globe. It’s not just the technique or the resulting art but the combination of both that makes it so popular. 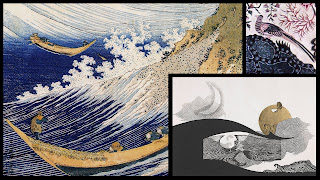 When Shonali Mahajan mentioned Shibori, we were as excited as a small child in a candy shop. Shibori is an ancient Japanese technique of producing patterns on fabric, and what we were contemplating was producing them upon cement tiles. Another challenge was being able to strike the right balance between this ancient technique and contemporary acceptance. Shonali, the founder of Studio Wodehouse, is an excellent visualiser and her work in the field of interior designing has been unquestionable. Studio Wodehouse dismantled the typical patterns into singular, more geometrical forms to create bold stamps with relevance to contemporary designs and colour palettes. Neutrals and pastels were selected to subdue the bold forms in order to allow the user to create a soft yet very modern floor canvas. Three iconic forms - the fold, the eye, and the chevron characterise the Shibori Collection. Each form has been geometrically depicted to reference some of the most common patterns that recur during the dyeing process. The simplicity of each form allows the user to also define its use and effect on the interior environment. 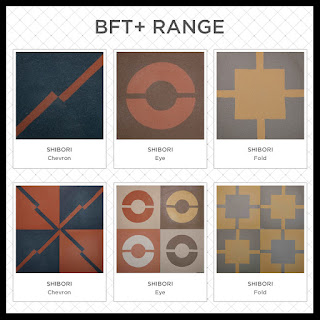 We took it one step further since Shibori, like other Japanese arts, is not just about the outcome but also about the process. Bharat Floorings and Studio Wodehouse teamed up with Node Workshops (co-founded by Shonali Mahajan, Khushboo Parekh and Shweta Kaushik) to organise a workshop where people who shared our enthusiasm and love for art techniques were invited to be a part of the collective process of creating Shibori patterns. To keep it as authentic as possible, careful attention was paid to details, like the quality of the dye and characteristics of the cloth used. All the participants were provided with materials and professional guidance under Shibani Shetty and Shonali Mahajan. Each bind, stitch, fold and twist results in forming different patterns. Different techniques within Shibori were explored to achieve elaborate patterns. 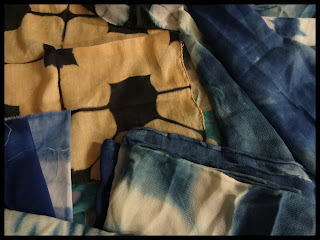 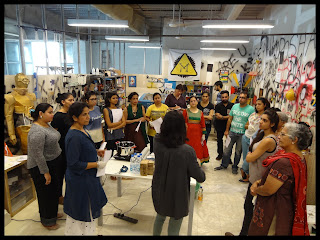 Just like Shibori and other Japanese arts being more about the process, crafting the Shibori Tiles for the BFT+ Range was an equally enriching process and not just about manufacturing new patterns. Like they famously say, “joy is found not in finishing an activity but in doing it”.

Posted by Bharat Floorings and Tiles at 23:24